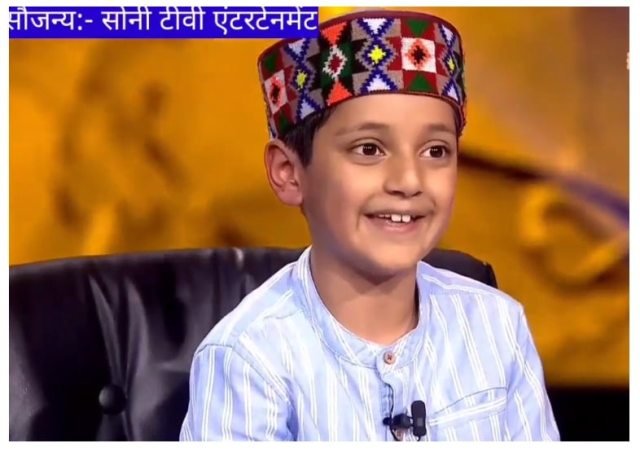 He solved 3 qualifying questions in 4.98 Sec and was invited by program Host Sir Senior Bachchan.

His motivational poem or Quote

As he explains to Sir Amitabh Bachchan at KBC Set, his name meaning is Red light in the ocean just before the sunrise is called Arunodai.

As he mentions in the program his future plan change with time, but he is also very sure not to become neither Doctor nor Politian. He may become Singer, added next.

In foods, he doesn’t like sandwiches or a few other junk food other than pizza & pasta.

Wondering what was the KBC question that left him stumped? Check it out below:

“Which of these is the name of the rocket engine that has been used in India’s Polar Satellite Launch Vehicles and will also be a part of the Gaganyaan program?”

Arunodai Sharma left the game in the middle as he couldn’t answer the question of worth Rs 25 lakh. He played with his whole dedication up until he reached the Rs 12.5 lakh question.

However, post this, he wasn’t sure of the answer and hence did not risk losing the lump-sum amount he collected in the game. Arunodai called it quits for the game.