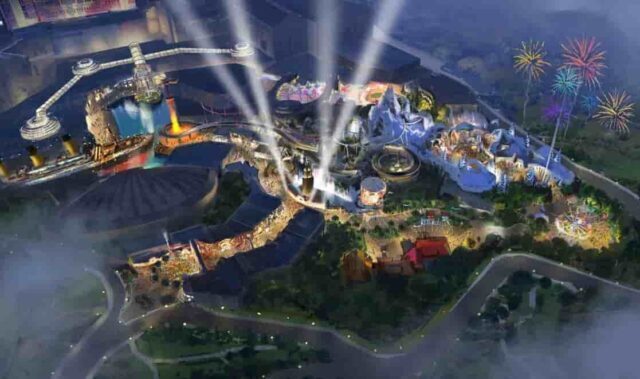 Blue World City is the upcoming luxurious housing society in the federal capital. It is a huge initiative by the Blue Group of Companies (BGC) in association with the Shan Jian Municipal Engineering Company.

This housing society would be nearby Chakri Interchange and under construction Rawalpindi Ring Road. Presently, it is one of the primary housing ventures with reasonable rates within the region and has become rampant among real estate experts.

The Blue World City is a state-of-the-art housing society in Islamabad that is further separated into different blocks.

Among them is the Waterfront block, which is going to be one of the most innovative blocks in the entire housing project in terms of providing a lavish lifestyle.

All the blocks have got the approval of The Rawalpindi Development Authority. Furthermore, the waterfront block is being constructed specifically for the residents who want to enjoy sparkling views of the artificial lakes around them.

This block would also have several residential and commercial blocks served on a first-come, first basis.

After attaining moderate success in another block, the developers are bringing another golden investment opportunity.

They are about to launch a Waterfront District Block, a thrilling experience for the residents. It is going to be a unique development, as evident from the name.

It would be surrounded all over by artificial lakes, alongside the hilly terrains. This new block is going to fulfill the dreams of real estate investors.

The developers have not issued any map as of now.

The actual sizes of the plots in Waterfront District Block would be 6 Marla, 12 Marla, and 18 Marla. Following are some of the rates of plots for the potential investors:

The overall price of 6 Marla plots is almost PKR 17 lacs, and its booking would initiate with PKR 1.75 lacs.

The interested investor would have an option to either go for 40 months’ installments or eight half-yearly installments. Overall, the period of the payment plan would be four years.

The entire rate of the 12 Marla plots would be around PKR 31 lacs, and its booking would commence on PKR 3.15 lacs.

Moreover, the investors would have an option to pay 40 months’ installments of PKR 31500 or go for eight half-year installments.

The overall rates of 18 Marla plots would be around PKR 42 lacs, and the booking price would start on PKR 2.1 Lacs only.

Similar to 6 and 12 Marla, the payment plans of these plots are four years, alongside eight installments of half years.

Waterfront blue world city block aims to provide a state of the art facilities to the inhabitants in picture-perfect Scenery. Following are some of its features

An artificially built Waterfall would give a natural and majestic view to the entire block.

A restaurant around the artificial river would give an exotic view, and the diners of that restaurant would feel that they are on a cruise ship or something like that.

The dancing fountain would have illuminating lights with music, similar to the one in Minar-e-Pakistan Lahore.

The residents of the Waterfront block would have a luxurious experience similar to the one in Palm Jumeirah Dubai. Canals or artificial lakes would surround all the residential plots.

One can clearly understand that the waterfront block will be an outstanding investment due to its state-of-the-art features.

Looking at its overall plan, the potential investor would easily view the actual depictions of the housing society with ease, luxuries, and elegance.

If you want to reserve a plot in this block, then you may contact Estate Land Marketing. We are official dealers of a Blue world city, and we have a team of experienced consultants looking forward to assisting the interested investors.

With 3+ years of experience in managing blogs and scaling them from 0 to 100,000+ page views a month, it’s safe to say that I know things about growing content-driven websites.